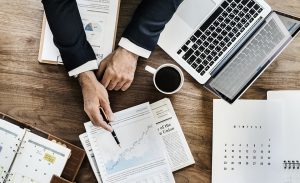 The purpose of the Athletic Booster Club is to support the John Carroll Catholic High School Athletic teams by raising funds, distributing money and materials, soliciting memberships, offering activities for members, promoting participation in Athletics, encouraging attendance at Athletic events and assisting the Athletic Director and Coaches. We value the development of the whole person; encouraging our Student Athletes to grow Spiritually as they seek to use, to the best of their ability, their God given talents in the classroom and in their Athletic pursuits.

Organizing the by-laws into articles, rather than formatting the bylaws in lengthy paragraphs, makes the by-laws easier to understand. The way in which by-laws are separated into different articles could be compared to how one may organize an outline for an essay, with each subject under Roman numerals or English letters. Like the subjects in essay outlines, the articles in by-laws may also have sub points for subjects that require more than a couple sentences. Article III from the by-laws from the John Carroll Catholic High School Athletic Booster Club shows how this may be done, as seen below:

The kind of format typically used to write booster club by-laws, as seen above, allows readers to more easily read the by-laws without missing vital information. Furthermore, organizing by-laws into main points and sub-points will make finding specific laws a quicker process, rather than having to devote significant time to picking out the needed information from one of the many paragraphs. Learning how to efficiently organize articles in the by-laws is a key part of learning how to create booster club by-laws.